Does maternity leave protect the employee? 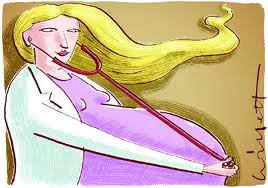 Lately, our house has been filled with the blessing of baby sounds, little hands, precious feet and angel eyes! We have many friends that also had little angels enter their homes and it seems that baby talk has taken over the conversation at almost every gathering.

I have noticed from these conversations that most people had many questions regarding maternity leave and the rights and obligations seems unclear to many. I decided to use this topic for my next blog and share some tips and advice with you.

Let me start by saying, those of you who had maternity leave, thank your employer. I am serious! As a sole proprietor, I had to face the reality of no income whilst I chose to spend the first few months with my baby at home. I have had the benefit of paid maternity leave twice before, and I truly realised now what a huge benefit this was. To my previous employers, thank you for the luxury you granted me. I now work from home with my three children and attempt to build up my business again. The reality is, it is not easy doing it on your own and I seriously believe that more employees should be grateful to their employers for the benefits they receive.

Most people know that they are entitled to maternity leave. However, when a female employee becomes pregnant, a range of issues immediately confront both parties – most important of which include the effects of her pregnancy on her job and her absence from work both before and after the birth of her child.


Some basic questions are:

Are you entitled to maternity leave? And if so, how much leave ...
The answer is yes. All female employees can take at least four consecutive months’ unpaid maternity leave (Section 25(1) of the BCEA). In practice, collective agreements between employers and trade unions and individual contracts of employment often address the
issue of maternity leave and the associated benefits. In some instances, these agreements mirror the provisions of the Basic Conditions of Employment Act (BCEA), but often they can be more generous.

Should your job be kept open for you while you are on maternity leave?The right to return to the same or comparable job after pregnancy related absence is protected in South Africa. A dismissal includes the refusal to allow an employee to
resume work after she has taken maternity leave in terms of any law, collective agreement or her contract of employment (Section 186(c) of the Labour Relations Act).
A dismissal on the basis of pregnancy, intended pregnancy, or any reason related to her pregnancy, is automatically unfair (Section 187 of the Labour Relations Act).

Also, if you offer an employee returning from maternity leave a lesser position than the one she held before, it would amount to unfair discrimination on the basis of pregnancy, which goes against the Employment Equity Act, or even a constructive dismissal (when you, as an
employer, cause the resignation of an employee because you have made continued employment intolerable).


When must the employer be notified that you will be taking maternity leave?For the employer to make arrangements regarding your e absence, she must notify you in writing (unless the employee is unable to do so) of the dates on which she intends to begin maternity leave and return to work (Section 25(5) of the BCEA). Your employee
must notify you:
• at least four weeks before she intends to begin maternity leave
• if it is not reasonably practicable to do so, as soon as is reasonably practicable.
Obviously there can be circumstances in which the employee doesn’t know in advance she will need to start her maternity leave earlier than was planned or envisaged, hence the reason for the last proviso (Section 25(6) of the BCEA).

Does an employee have to disclose her pregnancy when applying for a job?No – in the case of Thandi Mashava v Cuzen and Woods Attorneys (2000) 21 ILJ 402 (LC) the Court held that employees needn’t disclose their pregnancy to their employers, and that the dismissal of Thandi Mashava on the basis of deceit for withholding that information from the employer amounted to an automatically unfair dismissal.

What about adoption?Maternity leave (on whatever basis you ordinarily offer maternity leave) is also usually offered to female employees who adopt a new born or small baby and failure to do so may be considered discriminatory.

ExampleYour company is undergoing a restructuring exercise. The employer consult with all affected employees, and after applying fair and objective selection criteria, a person who has just returned from maternity leave is dismissed for operational reasons. The reason for her dismissal in this case is genuine, as it has to do with the operational requirements of the business and not her pregnancy or leave. However, if you dismiss an employee for operational reasons simply because she has taken maternity leave – the reason for her dismissal won’t be genuine. If your decision to retrench is a sham, you risk having to compensate the employee with 24 months’ pay.

You may not discriminate against pregnant employees!! There are a number of legislative provisions that prohibit discrimination on the basis of pregnancy. These include:

• the Constitution, which prohibits direct and indirect discrimination on the grounds of pregnancy
• the Labour Relations Act in terms of which any dismissal of an employee on the grounds of
pregnancy or any other reason related to pregnancy constitutes an automatically unfair dismissal (see page L06/010)
• the Employment Equity Act, which prohibits direct and indirect unfair discrimination against any employee on the basis of pregnancy.

Should you require any assistance in relation to maternity leave application in your workplace, do not hesitate to contact me.

As always, yours in service,
Ilene
Posted by Unknown at 4:17 AM 2 comments: